Note: Please do not add Johnny Hallyday "died on 5 December 5, 2017" and "Michael Lonsdale died on September 21, 2020", because that was before that happened. 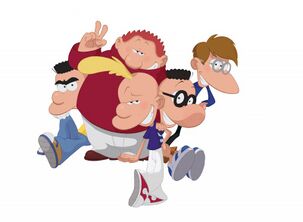 After the release of the 2011 film Titeuf, there were plans to make two sequels. It was supposed to have a mix of 2-D and traditional animation.

The plot is currently unknown.


Retrieved from "https://cancelledmovies.miraheze.org/w/index.php?title=Untitled_Titeuf_sequel&oldid=16333"
Categories:
Cookies help us deliver our services. By using our services, you agree to our use of cookies.