The Wizard of Oz (John Boorman) 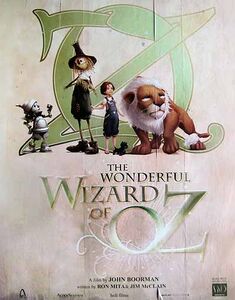 The Wizard of Oz is a cancelled film by Action Synthese who was known for making the infamous US dub of The Magic Roundabout called Doogal and was originally going to be directed by John Boorman, the teaser trailer can be only seen on Vimeo.

The premise would have been the same as the 1900 book or the 1939 adaption of the book.


Retrieved from "https://cancelledmovies.miraheze.org/w/index.php?title=The_Wizard_of_Oz_(John_Boorman)&oldid=12795"
Categories:
Cookies help us deliver our services. By using our services, you agree to our use of cookies.