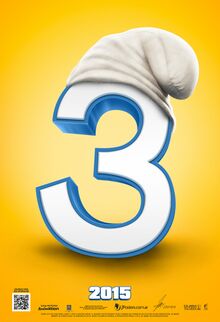 Note: Please do not add that "The Sony Hack was going on" as a reason here, because this was before the Hack occurred.

The Smurfs 3 is a proposed third installment in the CGI/live-action Smurfs franchise. The announcement was made about two weeks after The Smurfs 2 was released in theaters. It was originally set for a release in 2015, but was cancelled.

The film was possibly going to have the Smurfs be in a different time period.

Retrieved from "https://cancelledmovies.miraheze.org/w/index.php?title=The_Smurfs_3&oldid=16332"
Categories:
Cookies help us deliver our services. By using our services, you agree to our use of cookies.