The Eric Show: The Movie (original version of Eric Animations) 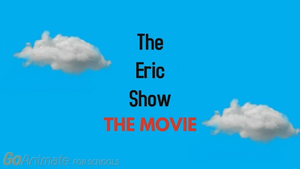 The Eric Show: The Movie is the name that refers to the original version of the cancelled film Eric Animations, which was based on MicAnimateFive and Julian Baidet (TheGreenSwagGuy)'s versions of the Vyond (formerly GoAnimate) web series The Eric Show.

In January 2017, a YouTuber named Henry Norton (nicknamed Cheryl Norton) uploaded three parts of his version of the film on his YouTube channel, which were released on the 24th, 30th, and 31st respectively. According to the first part, the film would have supposedly involved Warner Bros. and Paramount, as well as GoAnimate Pictures, GoAnimate Studios, and GoAnimate Network. After Stephan Swaby joined and then took over production, the original version of the film was abandoned with a different version of the film created by Stephan Swaby with a different plot, new characters, and a new development team, as well as the film being retitled Eric Animations. Norton continued to serve as a co-director of the film until he left production sometime in July 2017 to continue his work for the Taylor's Crystal Universe All Stars (formerly Taylor's Series Saga) franchise.

According to the third part of the original version of the film, it would've likely been about Eric and his friends saving the world from a horrendous SMPTE color bars experiment created by a fictionalized Rick Perry.


Retrieved from "https://cancelledmovies.miraheze.org/w/index.php?title=The_Eric_Show:_The_Movie_(original_version_of_Eric_Animations)&oldid=16035"
Categories:
Cookies help us deliver our services. By using our services, you agree to our use of cookies.