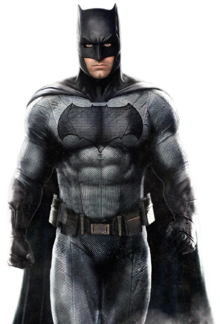 In 2013, it was announced that Ben Affleck would replace Christian Bale as Batman and that he will appear in many upcoming DCEU projects and one of them was a solo Batman film.

Before the events of Batman Vs. Superman: Dawn Of Justice, Bruce Wayne becomes Batman and fights crime in Gotham City and gets a sidekick named Robin until he is killed by Joker and Harley Quinn. Later on, Batman would also face Deathstroke.


Retrieved from "https://cancelledmovies.miraheze.org/w/index.php?title=The_Batman_(Ben_Affleck)&oldid=15931"
Categories:
Cookies help us deliver our services. By using our services, you agree to our use of cookies.