Doogal is a 2006 animated film which is a US dub of the 2005 film The Magic Roundabout and was considered one of the worst animated movies ever made, Originally Butch Hartman (creator of Nickelodeon's The Fairly OddParents, Danny Phantom, T.U.F.F. Puppy, Bunsen is a Beast and Pocket.watch's HobbyKids Adventures) was chosen as the lead writer of this version by Harvey Weinstein, but after the film come out most of his original script was re-cut, re-written and re-dubbed by Harvey Weinstein as he revealed in a 2017 interview during the 2017 scandal surrounding and following Harvey Weinstein during the MeToo and Time's Up movement.

The US version would have been the same as the original 2005 film. 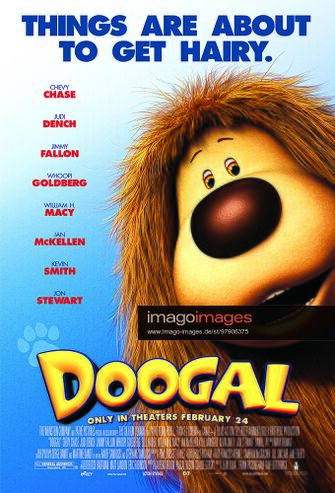 
Retrieved from "https://cancelledmovies.miraheze.org/w/index.php?title=Doogal_(Butch_Hartman_version)&oldid=16164"
Categories:
Cookies help us deliver our services. By using our services, you agree to our use of cookies.